The International Choir and Orchestra of Ho Chi Minh City was established in 1996 by Graham Sutcliffe, the then cultural attaché of the British Embassy in Hanoi. From 2006 to 2016, it was led by Brian Riedlinger as Artistic Director with the help of both Ian Alexander as Orchestra Director and Emma Jane Morris as Assistant Director. In 2016, Gareth John Groves took over from Brian as its Artistic Director, providing a fresh direction to the Choir & Orchestra. The choir currently has 60 members while the orchestra holds 30, comprising a mix of both Vietnamese locals and foreign expatriates.

The Choir’s repertoire includes classic works by Handel, Mozart, Haydn, Vivaldi, and many other famous composers, as well as songs from musicals, traditional songs, and Christmas carols in many languages.

Find Out More About Our Leaders…

Gareth’s love of Music started at an early age and has ended up becoming his full time occupation as well as hobby. Gareth has sung for many years, firstly as a boy soprano and chorister and later as professional singer with several opera companies, choral societies and choirs. He also toured across Germany singing under the baton of Stephen Jackson. Gareth went on to study Music at university and gained a Bachelor of Music (Hons) degree from the University of Wales, Cardiff.

Gareth is currently Head of Performing Arts at The ABC International School here in Ho Chi Minh City and is in his sixth year of living and working in the community. The school enjoys a rich and diverse music programme and Gareth is thrilled to be leading many components with the support of his colleagues at the school. Gareth is also a Co-Chair of the Executive Committee for Music for FOBISIA (Federation of British International Schools in Asia), a responsibility that requires his engagement with school Music Directors throughout the region.

Gareth has been a member of the International Choir since 2011 and has enjoyed singing with them in various ensembles as well as being a regular soloist. In June 2016, Gareth became the Artistic Director of the International Choir and Orchestra of Ho Chi Minh City (ICOHCMC), a position that he feels he is privileged to hold. He looks forward to working with his fellow colleagues of the ICOHCMC and beyond, and to helping create some special and memorable events in the future. 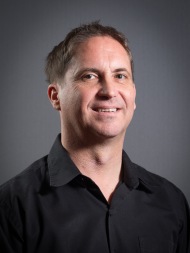 Ian began to play brass instruments at a young age within the British Brass Band tradition, starting on tenor horn and later switching to cornet and trumpet. Following completion of a degree in music, Ian has played trumpet in many orchestras, show bands and pop and soul bands in the UK, alongside his career teaching Music.

Since moving to Asia, Ian has worked as Director of Music in Thailand and both Head of Instrumental Music and Director of Music at the British International School, Ho Chi Minh City. The school has a vibrant music programme and Ian leads many ensembles, along with implementing the new Juilliard collaboration. Ian is also the ABRSM representative for HCMC, organising instrumental music exams.

Ian joined the International Choir in 2007 and soon after founded and directed the International Orchestra to run alongside the choir. He has also conducted various Broadway style shows in the community and the Saigon Chamber Orchestra. He also played bass with the popular local band, the ‘Pho Fighters’. 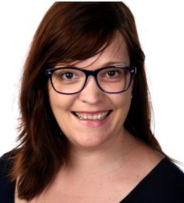 Frances has previously taught music at Secondary level in Somerset, UK. She is an accomplished singer, having sung with the City of Birmingham Symphony Chorus and more recently with the Somerset based Collegium Singers performing at venues such as the Royal Albert Hall, London and the Petronas Towers, KL. Frances is excited to be teaching Primary and Secondary music and to share her enthusiasm for music making with all students. She enjoys history, reading and travelling and is looking forward to exploring Asia.